Early season donations of valuable diamond jewelry and gold coins are signaling a bright holiday season for Salvation Army chapters across the country. 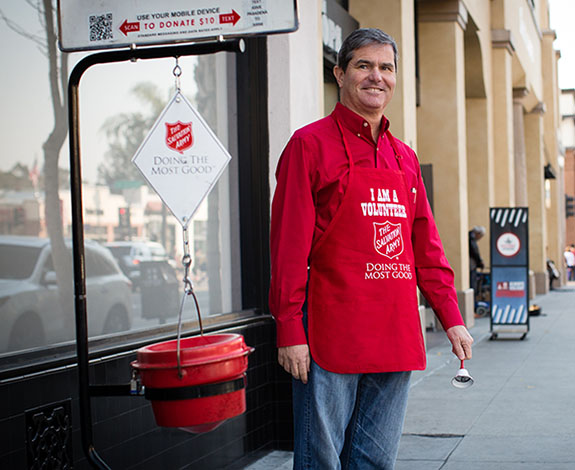 The Salvation Army’s bell-ringing season starts each November and runs through Christmas Eve. Most of the donations come in the form of pocket change and paper money, but each year the well known charitable institution is excited to promote instances of anonymous benefactors generously dropping precious items into the iconic Red Kettles.

In Hopkinton, MA, for example, a generous resident sneaked a diamond ring worth more than $1,000 into The Salvation Army’s Red Kettle outside the Price Chopper supermarket on West Main Street.

The volunteer brought the ring to a local jeweler, who verified that it was, indeed, fine jewelry and confirmed a four-figure valuation.

“When we get generous donations like this, it certainly helps our overall effort, so we really appreciate whoever the person was who deposited this ring in the kettle,” Kevin Polito, a Milford Corps. Salvation Army Captain, told the news outlet.

In the Detroit area, an anonymous patron recently dropped a rare, 1980 South African gold Krugerrand into a kettle at a Kroger supermarket near St. Clair Shores. The 1-ounce, pure gold coin carries a value of nearly $1,800.

According to Detroit TV station WXYZ, the latest gold coin donation marked the 10th consecutive year that a gold Krugerrand has been deposited in a Red Kettle in that community.

About 475 miles southwest, in Evansville, IN, Salvation Army volunteers were delighted to retrieve a gold coin from a Red Kettle in front of the West Side Walmart. Salvation Army officials told 14news.com that the donation occurred on a "matching day," when all kettle donations for the weekend were matched by an unnamed philanthropist, up to $10,500.

The Salvation Army Red Kettle Program can track its origins to 1891, when Salvation Army Captain Joseph McFee struggled with the reality that so many poor individuals in San Francisco were going hungry. During the holiday season, he resolved to provide a free Christmas dinner for the destitute and poverty-stricken. His only hurdle was a tall one — funding the project.

According to The Salvation Army’s official website, McFee’s red kettle idea was inspired by his days as a sailor in Liverpool, England. There, he remembered an iron kettle called “Simpson’s Pot” into which passers-by tossed a coin or two to help the poor.

The next day, McFee placed a similar pot at the Oakland Ferry Landing at the foot of Market Street. Beside the pot, he placed a sign that read, “Keep the Pot Boiling.” He soon had the money to see that the needy people of the area were properly fed at Christmas.

According to a Salvation Army press release, Red Kettle volunteers didn’t become bell ringers until 1900, when a young cadet named Amelia from New York City bought a 10-cent bell to ring. The bell was a huge success and drew attention and donations from those who passed. Not long after, all the cadets had bells to ring.

Now in its 131st year, the Red Kettle Campaign is one of the longest-running and most recognizable fundraising efforts in the world. Red Kettles are now used worldwide and can be found in Korea, Japan, Chile and throughout Europe.