In what is expected to be the final tournament of her illustrious 27-year tennis career, Serena Williams stepped onto the court in the first round of the US Open in Flushing, NY, wearing custom Nike shoes emblazoned with 400 hand-set diamonds. 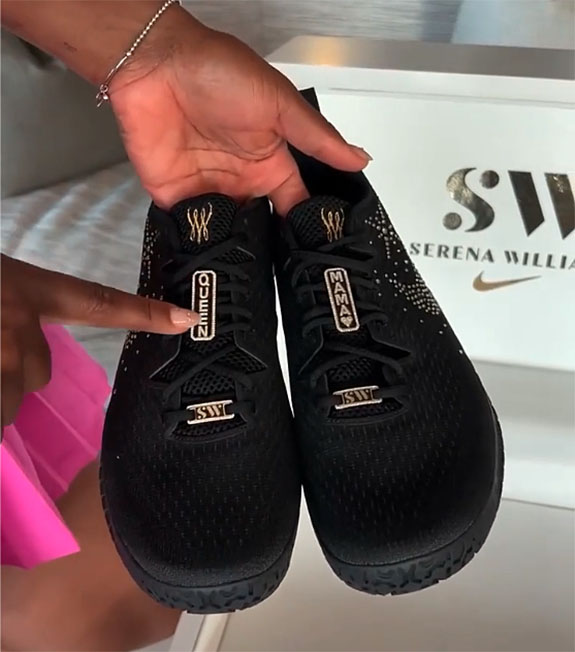 Prior to the match, which she handily won in straight sets over Danka Kovinic, the 23-time Grand Slam champion shared an unboxing video on Instagram where she called the shoes "epic, flashy and amazing." 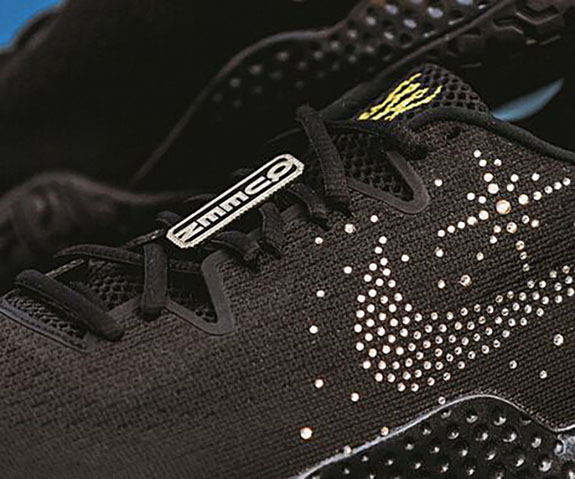 Williams pointed out that Nike collaborated with Serena Williams Jewelry to modify the PE NikeCourt Flare 2 shoes to include solid gold lace deubrés (ornamental shoelace tags) that spell out "QUEEN" and "MAMA" in glistening diamonds against a ground of black ceramic. The Swooshes are rendered in Swarovski crystals.

She concluded the video by joking that the shoes were too nice to wear on the court.

"I can't just wear these, right?" she asked. "I just need to let them sit in this box in my bedroom. This is so wild and so crazy and I've never worn better shoes for the Open. I am excited. Thank you, Nike."

On its website, Nike noted that Williams took a hands-on-approach to designing her 2022 look. 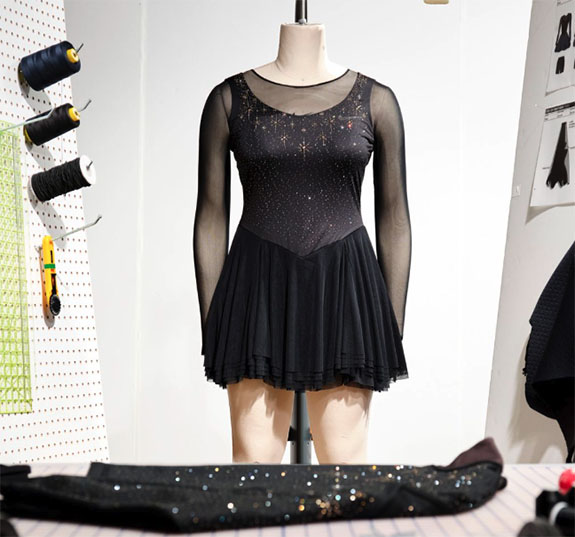 She paired the blinged-out black shoes with a black outfit inspired by the graceful competition dresses worn by figure skaters. The crystal-encrusted bodice alludes to the night sky above center court in Flushing. The six-layer skirt is a nod to her six prior US Open titles. 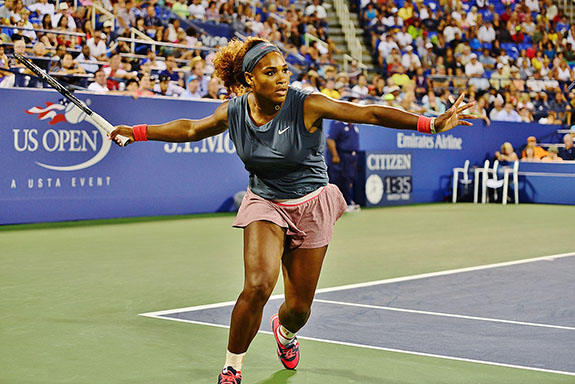 Having beaten Kovinic 6-3, 6-3 in the first round of the 2022 US Open, the 40-year-old Williams will set her sights on second-seed Anett Kontaveit in round two. This will be their first-ever meeting on the WTA tour and it's expected to be a barn burner.

The 26-year-old Kontaveit told reporters that she was rooting for Williams in the first round and relished the opportunity to play against her. The match is slated for Wednesday at 7 p.m. ET and can be seen on ESPN, ESPN2 and the ESPN App.

"I'm really looking forward to it," she said. " I'm not sure if I'll ever experience something like this again."